In most cities, using a helmet is mandatory for motorcycle riders. But still, there are different shades of argument whether a motorcycle helmet can prevent concussions in cases of accidents.

Helmets tend to reduce the forceful impact (that later may lead to physical or mental trauma) to the head or brain when there’s a great hit. This will help to lower the risk of lacerations, contusions, and skull fractures on the head.

If you’re wondering how do motorcycle helmets prevent concussions, this article is for you. It’ll help you understand the functionality of helmets that will help to keep your head protected from the effects of forceful impacts.

What Is A Concussion?

A concussion is a type of traumatic brain injury (TBI) that distorts the brain’s functionality. Concussions are caused by a strong and forceful jolt, blow, or hit to the head or the upper body. Usually, when the head moves, the brain is supposed to move alongside it. Where an impact on the head is quite great, the brain will also suffer from it. 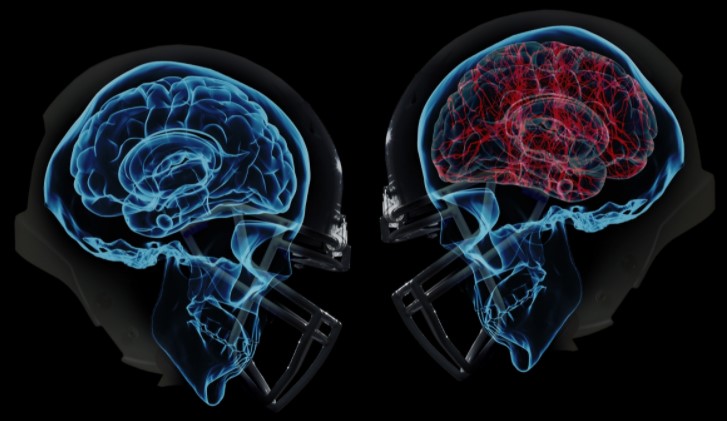 The brain tissues will experience a back-and-forth movement with high velocity. Such sudden violent movements will make the brain twist and bounce within the skull, leading to chemical changes. The resultant effect could stretch and damage the brain cells, which is a concussion.

When there’s a forceful impact on the head, the brain’s blood vessels, nerves, and tissues can stretch and tear. This comes from the sudden movement of the head, and the brain lags in following the movement on time. Thus, the brain stands the chance of getting some injuries such as brain bleeding, axonal injuries, and concussions.

The type of brain injury that one can get depends on the:

The effects of concussions differ depending on the magnitude of the impact. However, some of the effects include headaches and issues with balance, coordination, concentration, and memory. In some extreme cases, there could be a loss of consciousness.

Motorcycle helmets can protect your head from most head injuries, such as skull fractures and lacerations. However, they may not completely prevent concussions.

Wearing a helmet while riding your motorcycle is a great means of reducing hits during accidents. However, there are still some good helmets that will minimize the risk of concussions. 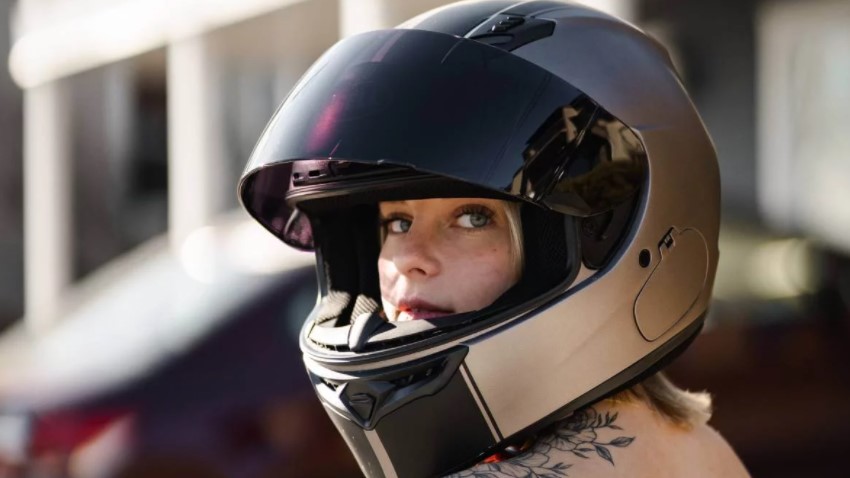 Though not medically proven yet, most historic literature believes helmets’ functional and protective nature is outstanding. Moreover, they put helmets as the primary and principal preventive option against concussions. Thus, they tend to push down this traumatic brain injury that has high morbidity and mortality rates in most cities.

The consensus is pushing for more usage of helmets that will provide head protection while riding a motorcycle. However, whether the belief that a helmet can prevent concussions is true or not still remains an uncompleted theory. Irrespective of that, you can’t compare the impact on your brain during an accident when wearing a helmet to that when you don’t.

How do Motorcycle Helmets Prevent Concussion?

Before now, the helmet manufacturers only focused on the protection of the head leaving the brain. They paid less attention to the angular or rotational acceleration that occurs during a motorcycle crash. It’s this angular or rotational acceleration that leads to traumatic brain injuries such as concussions. This is why many people ask how do motorcycle helmets prevent concussions.

Not only do you need protection for your head, but the protection should also extend to your brain. Choosing the protective helmet will offer you such protection as they’re made for concussion prevention. That’s why the newer brands claim to provide helmets that prevent concussions.

The manufacturers of helmets designed them to keep your head safe in cases of accidents. Helmets operate by preventing impacts that could lead to the clotting of blood in and around the brain. Also, they prevent brain lacerations, skull fractures, and contusions.

Moreover, they can protect your head and brain by reducing the force to your brain during accidents. This reduced impact on your brain contributes to minimizing any possible traumatic brain injuries such as a concussion.

The configuration and the material used in helmet production make it your primary protective gear against concussion. It comprises a sturdy plastic shell or exterior and a soft foam lining on the interior. When hard objects hit your head, the helmet’s components dissipate the energy and force of such impacts. Thus, your helmet will minimize the applied force to the skull and brain.

From the interior of the helmet, the foam lining provides support to the head. Similarly, the exterior plastic shell enables a safe skidding of the head across the area of the impact or hit. This will invariably prevent your neck from jerking. Nevertheless, where your head hits another object from the forceful impact, the helmet will receive the effect of the impact. Also, this will lower the colliding energy on your head.

A good helmet that will drastically reduce concussions during crashes has the following features:

Helmets are great protective gear for every motorcycle rider. Riding your bikes without any helmet exposes you to more risks of traumatic brain injuries when there’s a crash. So, when others are still asking how do motorcycle helmets prevent concussions, you should know better now.

Helmets can help to reduce forceful impacts that can result in skull fractures, contusions, and brain lacerations. They may not provide complete prevention of concussions. However, wearing a helmet that has a special concussion preventive application will ensure your safety and may lower the possibility of having serious traumatic brain injuries.